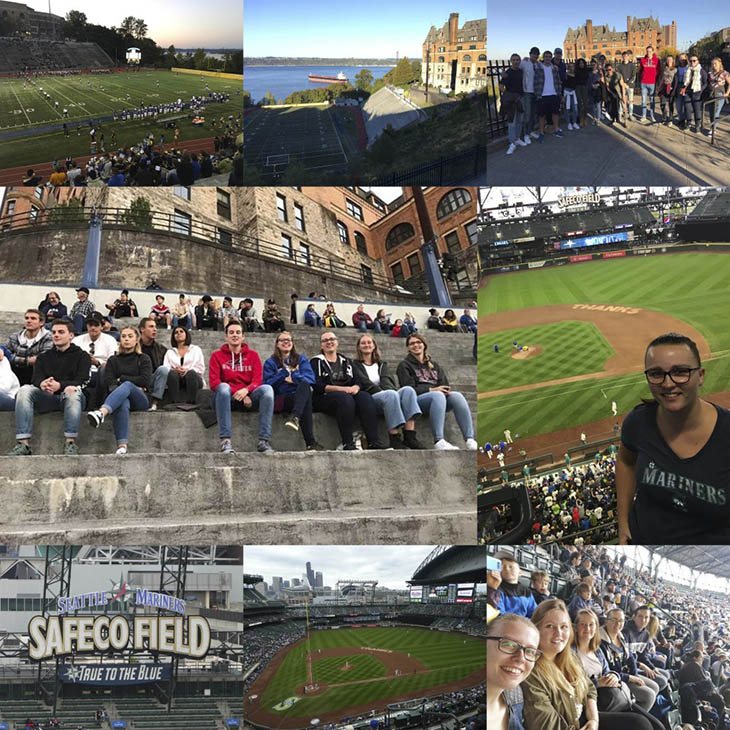 A lot can happen in just a few days. Mostly of course because everything you do is either for the first time or not relatable to life in The Netherlands. I call this quarter a weird one. This year my Dutch friends and I got the most extraordinary and crazy assignments after our first week back in classes at Green River College. Merel has to choose paintings to discuss in English class, Floor has to practice cat sounds for music class, Ivo has to learn a presentation for every class just in case the professor calls on him, Daniëlle had to build a catapult for research writing, and I must walk as much off-trail as possible for my natural resource classes. Really, no day is like any other abroad.

There is so much to do in the afternoons and weekends that you almost forget we actually still go to school, while that is the whole reason we’re here in the first place. And even though we all already got our first assignments, essays and presentations planned, we really want to make the most of our free time. Like last weekend. It all started Friday night with a trip for just the new European students. We were going to an American football game at Stadium High School in Tacoma. Which is the high school from the romcom movie ‘10 things I hate about you’! We lost, yet it was really cool.

So, a while ago I signed up to go hiking past Saturday. And the first official student life event of fall quarter was quite amazing! Together with a small group of people, we first hiked on a trail next to a lake surrounded by beautiful fall colors. After that we walked to a viewpoint from where we could see Mount Rainier, before driving further to the east. We even passed the official border between Western and Eastern Washington. We had lunch, sitting on a log in the sun next to a calm river followed by a walk through a piece of land called which was protected wilderness. I had a great day, which did not end after we got back to GRC. We all needed groceries, so took the bus to the Outlet Collection and also had dinner at IHOP, the international house of pancakes. Sunday was another extraordinary story. Along with four other Dutch, we went to the last game of the season from the Seattle Mariners! Which is part of the major baseball league, playing in Safeco Field Seattle. And we won! I simply loved it! Merel and I are even planning on going to the first game of the season in April.

I already have something arranged for this weekend too. It’s crazy and so much fun as well, trying something different each week. And it might not be for everyone. But for me, it certainly is the right way to go. 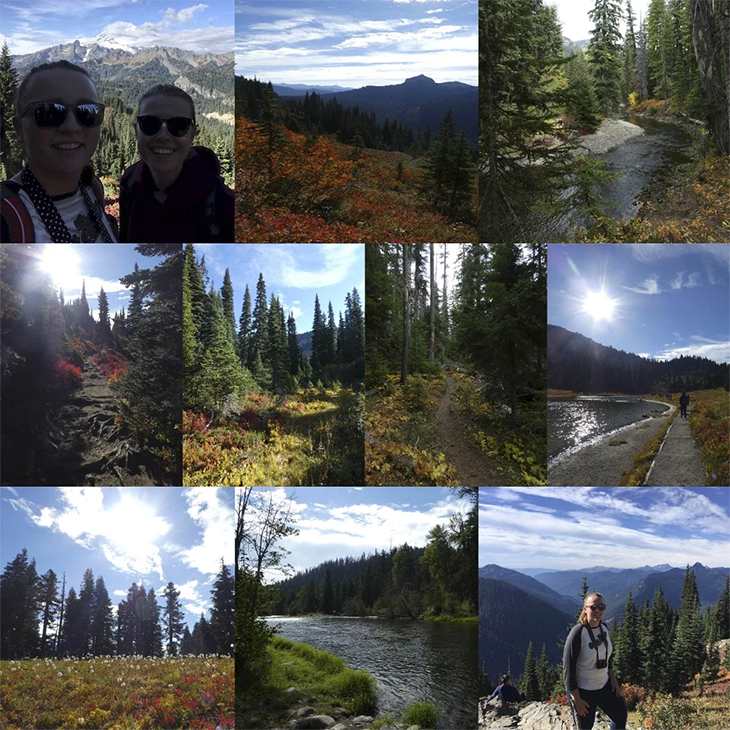