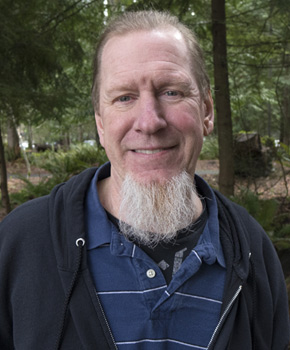 Gary received his BA in Communication from the University of Michigan in 1985 and his Masters in Teaching English to Speakers of Other Languages (TESOL) from Eastern Michigan University in 1988. While at U of M, he studied abroad in La Universidad de las Americas in Cholula, Puebla in Mexico.  He studied SSL (Spanish as a Second Language) as well as courses in the academic program there.

He has worked at Green River College since 1991 and has taught all levels and skills, except for the bridge program.

In addition, he taught at other colleges in Michigan after he graduated in Japan at Asia University from 1988 until 1991 and also at major Japanese corporations and for the Japanese government.

At every place he has taught and at every level, he has enjoyed experiencing American culture through a new set of senses.  His students’ development and discovery make every class an adventure.