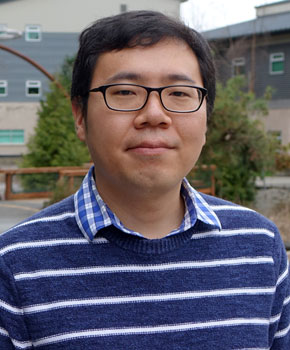 Kerry was born in Seoul, South Korea but spent most of his life growing up in Southern California. When he was young, he spent countless hours playing video games, even aspiring to become a professional gamer. After realizing that he lacked the talent and capacity to achieve such lengths, he focused his energy on getting a degree. He attended community colleges to finish his general education before transferring to the University of California, Irvine (UCI). After earning his BA in International Studies, he traveled abroad to work in Korea. He spent his first year teaching English and the following three years helping to implement and administer an English immersion program at an elementary school. Kerry returned to the United States to finish his MA in Applied International Studies at the University of Washington, Seattle. Prior to joining the Green River’s advising team, he worked as an International Student Advisor and TOEFL Administrator at ELS Language Centers, Tacoma. He is thrilled to be here at Green River, where many international students begin their post-secondary academic journey. When he is not helping students, he spends most of his time traveling, reading, and playing games. He is fluent in Korean and enjoys talking to students about both academic and non-academic issues. Come say hello!

In our Monday Majors series, Kerry Kwon talks about majoring in: