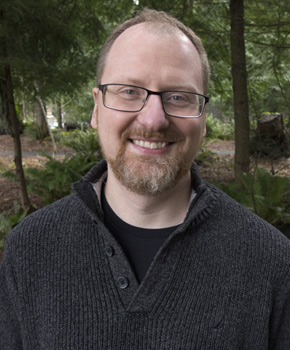 Michael Manzer has a B.A. and an M.A. from Gonzaga University. He has been teaching since the year 2000 and he’s been at Green River since 2006. At one time or another, he has taught almost every level at Green River, though now he most often teaches Academic Bridge. He loves seeing students grow from English learners into academic students and get confident using English alongside Americans. Besides English, he also speaks Hungarian and has studied French, Irish, and Latin. He loves to travel and has been to Europe several times. He also likes to watch soccer and basketball, write science fiction stories, and read all kinds of books.